1.General Guidelines of the Ethics and Code of Conduct

The aim of this Code is to fix the rules of conduct and decision-making rules of frequent situations which appear among the players and coaches.

It secures the well-being of teams and people who are working together with the coaches. This Code sets of a prevailing value system. It is the coaches individual responsibility to define how should they reach these norms of behavior.

Beside the coaches, this code is also applied for all employees and voluntary workers of the club.
This Code was edited by the club. The club takes care of compliance.

Every member, player, worker and partner of the sport club have to accept the rules of the document.

This document disposes about about the ethics committe, whose responsibility is to enforces the guidelines of the Code.

The club is committed that the players, coaches and parents have to abide the principles of Ethics and Code of Conduct, as the foundation stone of the fair-play of ice hockey.

2.The Ethics and Code of Conduct of the coaches:

Coaches are polite, decent and respectful. They respect and protect the human rights. They do not participate in discriminatory activities and do not help that actions.

1.As a coach I am a role model. I am obliged to act according to the highest principles of sport. The purity and dignity of sport is indespensable to me.
2.As a coach I am consulting and cooperating with other trainers and institutions in order to be appropriate for my players and my club.
3.I can accept that all activitiy is prohibited which violates the physical, mental and emotional condition of the young players while they take part the club’s programs.
4.As a coach I accept that the usage of swearwords are not allowed against the players and the judges.
5.As a coach I accept that the humiliation of children is not allowed neither publicly nor privately.
6.As a coach I keep my self-control in every situation.
7.The victory is important, but not the only and the most important viewpoint. Caring with the children is more important than the victory. I keep in mind that they take part in sport activities for the sheer pleasure and the development of physical and mental skills.
8.I will be positive role model for my players. I behave in a mature and responsible way, considering the physical and intellectual integrity of them.
9.I will be generous with praise if my players deserve it. I will be consistent, honest, fair with the members of my team. I don’t criticize them in publicly. I try to communicate and work in an effective way. I don’t yell at my players.
10.Training programs:
The preparation of training programs for the individual players, groups of players and the whole team is the responsibility of coaches.
The training programs weekly contains:
the description of drills
the aims of trainings
the number of reps
and the requirements, needed for the fulfilment of the program.
The coaches make available these information for the presidency in every year till 15th of August.
Training programs are confidential. These are accessible only for the presidency. The presidency has the right to share these information with all trainers of the club.
As a coach I try to be exact with my training program in order to avoid misunderstanding.
11.Team selection
As a coach I apply equal icetime and playtime among the players in the matches against hungarian and international clubs.
I can accept this guideline and I use it except if it risks the losing of match.
12.Recruitments
I can accept, that the trainers have to care the interests of other team’s players. Trainers are obliged to make a discussion with the parents and to make notes for the presidency before any commitment. The presidency has to answer to the suggestion in 10 days.
13.Rating of students who are doing sport activity
I use principles in team making and performance evaluation which are compatible with the Ethich and Code of Conduct.
14.I evaluate the performance of my players according to the program which is approved by the presidency.
15.I accept that I am obliged to observe and fulfil the rules of this document. The violation of these guidelines involves sanctions.

3.Ethics and Code of Conduct for players

1.I follow the instructions of coaches and sports leaders. I do not critisize my coach and leaders of the club in publicly.
2.I try to fulfil my tasks with discipline and dutifully. I always try to do my best on the trainings and matches too.
3.I try to be self-critical and accept critics and suggestions. I seek the good in my teammates.
4.My main goal is to acquire the basics of ice hockey in high level.
5.I don’t hurt my mates, I try to be helpful and correct their and my mistakes.
6.I can accept, that the interests and values of the team are more important than mines.
7.If it is compulsory to wear the clothes which are secured by the club I satisfy this ask.
8.I preserve the condition of clothes which are from the club.
9.I pay attention to my school education because my school performance influences my sport activity. Because of my weak school results or negligence I will may leave out of my team.
10.With the team we do everything for the victory, and respect the opponent.
11.The positive spirit of the club is mine all day.
12.I accept the referee’s judgements.
13.I use my electronical appliances when it is allowed by the coaches. I can understand that it is necessary to focus on my duties. I switch them off if it is asked.
14.I avoid the usage of swearwords. I pursue intelligent communication and behaviour.
15.I pay attention to behave in the right way on the competitions, because my activities impact the judgement of my coaches and my club.
16.If I absent from trainings I have to inform my coach about it in advance.
17.In case of problem I will be honest and confidental with my coaches and the leaders of club in order to solve the problem together.
18.After the practices I go home in clean clothes and clear condition.
19.I always keep clean the rink, the environment, the dressing rooms and the auditorium.

4.Ethics and Code of Conduct of the parents

1.The parents don’t force their child to play ice hockey.
2.The parents don’t involve in the coach’s activity and don’t comment it on trainings. If they have a problem they discuss it privately.
3.The parents don’t instruct the players on the trainings or on matches.
4.During the practices or matches they don’t stay on the ice.
5.Above the age of 12 they don’t stay in the dressing room.
6.They don’t bring the equipment instead of the players.
7.They don’t try to influence the trainers in the player selection process.
8.They abstain from the usage of swearwords and indecent activities on matches and trainings.
9.They try to remain civilized even if they don’t agree the judgement of the referee.
10.They always remember that this sport is a game and their child would like to feel good during the game.
11.They always remember that in Canada 1 player from 90000 will be NHL player and in Hungary we are altogether only 4000.
12.Finally, they acknowledge that they have place in the club if they behave according to the roles of this document.

1.I will be rational at the timing of trainings and matches. I pay attention that the players have other duties and activities too.
2.I teach my players the sportmanship and importance of rules. I expect them to respect their opponents and sports leaders.
3.I respect the judges and I accept their decisions.
4.I pay attention that all of my players get the necessery amount of education and playtime which is needed to their development.
5.I don’t mock my players and don’t yell at them if they make mistakes or play weakly.
6.I know that the players play for the sheer pleasure of ice hockey, so I confirm them in this.
7.I pay attention the safety of equipments and to be proper for the ages and skills of players too.
8.I know that the participants need a respectful coach. I try to be a good example in front of them.
9.I take care of my trainings, I develop my skills regularly.
10.Because of the interest of ice hockey I cooperate with the sport leaders.

1.My child plays for itself not for myself.
2.I trust in the qualifications of the club’s experts. It is the reason why I brought my child to this club.
3.I encourage my child to follow the rules and avoid the violance during the conflict solving process.
4.I teach my child that do their best is as important as winning.
5.I respect the coaches of the club, because they are working for my children.
6.I show positive attitude in the direction of the club and ice hockey.
7.I never mock my child and don’t yell at them if they make mistakes or lose on a match.
8.I acknowledge the nice play and good performance even if it is derives from our team or from the opponing team.
9.I never question the fairness of decisions and judgements of referee’s in publicly.
10.If a problem emerges I discuss it with my child’s coach.
11.It is important to me that my child becomes healthy, sport and ice hockey friendly adults.

1.I am playing ice hockey because I want to do this, I am not influenced by others.
2.I always play according to the rules and I play in a fair way.
3.I respect the other teams.
4.I always try to be calm. The tussle and the loss of self-control impact negatively the activity of others.
5.I try to do everything to be real team player.
6.I don’t forget that winning is not everything. It is important to improve my skills, make new friendships and try to do my best.
7.I don’t use prohibited devices and I require it from my teammates, coaches and the other teams.
8.I don’t forget that the coaches and sport leaders are working for us. I respect them and accept their decisions.

7.The change of Ethics Code

1.Any member of the club has the right to propose changes in the Ethics and Code of Conduct. It can be sent in written format to the Ethics Committee. The Committe proposes it to the presidency within 30 days.
The Ethics Committee has to prepare the text in hungarian and in english. The text has to be harmonized with the Ethics Code.
2.If the suggested propose wins the support of the majority and the presidency accepts it too, it will be valid from the 1st of the next month. 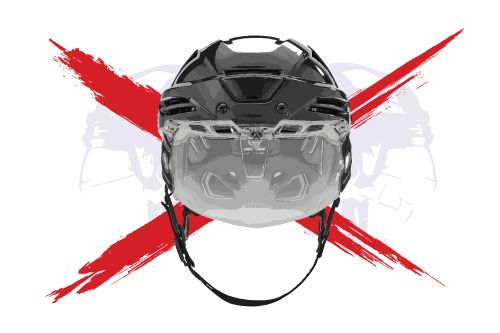 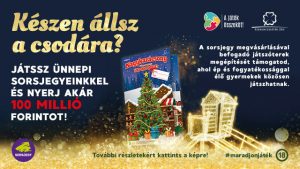